A murder trial taking place in Elizabethtown concluded last week. According to Assistant Commonwealth Attorney Teresa Logsdon, Lisa Harvey and Rick Fisher of Louisville were found guilty of murder and tampering with physical evidence in the murder of Andrew Folena of Elizabethtown. The Hardin County jury recommended a sentence of thirty years to serve for each defendant. Formal sentencing for the pair will be held on December 3rd at 10 AM.

The Elizabethtown Fire Department responded to a house fire on Balmoral Road Friday afternoon. First responders were met by a distressed homeowner and his wife, who said their dogs were still inside. Two dogs were rescued from the home, but a third was not able to be revived after being removed from the home. The source of the fire was believed to be electrical, due to the fire originating behind an entertainment center in the home.

A Radcliff woman was arrested and charged with robbery and tampering with physical evidence. According to an arrest warrant, 22-year-old Cynthia Hayes robbed a victim of a half-ounce of marijuana, a marijuana grinder, $150 case, and a hooded sweatshirt on October 10th while an accomplice held a knife to the victim’s throat. Hayes, who is being lodged in the Hardin County Detention Center, confessed to the crime while being interviewed by Elizabethtown Police.

With the help of a citizen’s tip to Crime Stoppers, an arrest was made Friday morning. The Hardin County Sheriff’s Office was able to arrest Kevin Beard, who allegedly removed items from a storage locker without authorization on September 19th. A search warrant was issued for his vehicle and the items were identified by the victim. The tipster will receive a cash reward form Hardin County Crime Stoppers.

The Atletico Flames will be holding tryouts for high school boys and girls this Thursday, October 24th, beginning at 6 PM at John Hardin High School. They are currently seeking to fill six teams. These teams will begin practice in November. For more information or to sign up, email Justin Maddock at [email protected]. 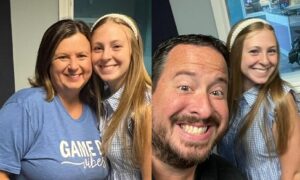