In his evening press conference last night, Governor Andy Beshear announced that there are now 248 cases of COVID-19 in the Commonwealth, the single greatest growth in positive cases thus far. The Governor notes that this is normal in pandemics, and is also in part to the increase in testing. Governor Beshear expressed pride in seeing the sacrifices that people have made, but says that even more is needed in order to beat the virus on the first try. Governor Beshear again stressed social distancing, and refraining from group gatherings at all costs. No new steps were taken last night in terms of new executive order, but the Governor did note that the state is working diligently in order to get more information and progress made regarding the drive-thru testing facility that the Governor is hoping to have open next week.

The first local manufacturer in the area will be shutting down production. In a releae from Senior Human Resources supervisor Jeff Mills, Akebono Production is going to remain cancelled for the week of March 25th to April 5th. This shut down will be unpaid, but the release offers kcc.ky.gov to file unemployment.

Hardin County has seen its third positive case of COVID-19, and Larue County now has its first, according to the Lincoln Trail District Health Department. In a press release made public yesterday, the health department announced this news and stated that this brings the total number of cases in the Lincoln Trail district to six, with the remaining two being in Nelson County. One Nelson County case was released from isolation yesterday, and the other remains isolated at home. All Hardin County cases are isolated at home, and the Larue County case is isolated in a hospital. The health department advises that, going forward, Kentuckians reduce their contacts by 75% to see the biggest impact in the reduction of new cases.

Gate procedures at Fort Knox have been altered due to the COVID-19 pandemic. Formerly, each ID in the car would be taken by the gate guard and scanned. Now, the post asks that the driver collect all IDs and show them individually to the gate guard from a distance. Single occupants can make use of the scanning kiosk at the gate in order to enter. The health condition code on post right now is “Charlie”.

Another City of Elizabethtown event has been cancelled as a result of COVID-19. The scheduled Spring Clean-Up for the city has been postponed. New dates will be posted on city social media as they become available. Brush pickup will still be on its normal schedule.

Brandenburg Telecom is offering free wi-fi hotspots to their service area in order to better help people during the COVID-19 pandemic. These hotspots are available in Brandenburg, Elizabethtown, Radcliff, Vine Grove, and Hardinsburg in the parking lots of business offices. In addition, there are several more hotspots at campgrounds and parks in the area. A full list of the hotspots can be found at bbtel.com.

The Elizabethtown Police Department wants to make the public aware of a new scam revolving around COVID-19. The department was notified of the scam by a resident, who received a call saying her government issued check was ready, and that the caller needed her bank information in order to deposit the check. The federal government has not decided when or if they will be sending checks out to anyone at this time. The department urges citizens to never give their information out to anyone over the phone. 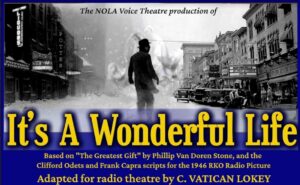