The Elizabethtown Fire Department responded to a building that had caught fire at 1248 Woodland Drive just before 8 PM last night. According to Deputy Fire Chief Everett Roberts, a facility storing lawn care equipment and vehicles was reported as having flames coming from the ceiling and door. The firefighters got the fire under control about seven minutes after arriving. The origin of the fire is believed to be a mower that had been used that afternoon. No one was injured in the incident, and crews were cleared at around 9:30 PM.

The Bluegrass Sportsplex, Elizabethtown’s new sports venue, held its grand opening this past weekend. A large crowd of people showed up for this introduction to the new facility, which will serve to be an indoor compliment to the Elizabethtown Sports Park. The grand opening saw free soccer training, as well as a soccer match to break in the new space. League schedules are already available on the Bluegrass Sportsplex Facebook page.

The Historic State Theater has announced two more concerts added on to their 2020 concert series. Country legend Ronnie Milsap will be playing at the Theater on Saturday, April 25th, and tickets will go on sale Friday January 17th at 9:30 AM. Later in the year, Aaron Tippin and the Tippin Family Trio acoustic show will be playing on November 6th. Tickets for that concert go on sale Friday, May 8th at 9:30 AM. To view ticket prices or to purchase tickets, visit the theater’s website, thestate270.org. 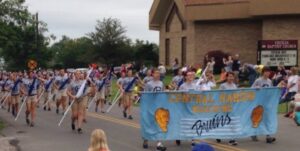