With over $700,000 in overdue payments, Nolin RECC and other utility providers will resume utility disconnects in the near future.

The announcement comes as the Kentucky Public Service Commission announced this week that they would be lifting a moratorium enacted in March that suspended utility shut offs during the pandemic. Disconnects will start in October, but Nolin is giving their members a bit longer, with a cutoff date of November 2nd.

Nolin RECC spokesperson Sarah Fellows says that while payments will need to be made by the November date, late fees will not be added until December 31st.

A Rineyville man was arrested this week after allegedly assaulting a woman.

Arrest records and a warrant indicate that Roger Gipson was upset that the woman was not talking to him, and as a result, Gipson is said to have punched the woman in the face and head. When she walked to the kitchen, she was knocked to the floor, where Gipson continued to assault her. The woman was taken to Baptist Health Hardin, were she was observed to have a broken wrist and was bleeding from both ears. Gipson was arrested on assault 2nd degree and was lodged in the Hardin County Detention Center.

Governor Andy Beshear announced 745 new cases of COVID-19 last night. In addition to new cases, the Governor announced 13 new deaths in relation to the virus. That brings the total number of deaths so far to 1,137. Locally, health officials with Lincoln Trail District Health Department announced 24 new cases in their service area. Of the 24, 10 were from Hardin county, 4 from Meade, and 1 from LaRue.

Currently, the district has 8 patients hospitalized and 223 on home isolation. 89% of patients have recovered so far in the district.

In an effort to help students through unfamiliar times, Hardin County Schools has employed a mental health counselor.

A grant from the Kentucky Department of Education allowed funding for the district to hire a mental health professional to assist students who may be struggling.

School Spokesperson John Wright says that the district hopes this will keep students and staff’s mental health as strong as their physical in the face of COVID-19.

Breckinridge County Schools Superintendent Nick Carter talked with Zach Epperson about the return to in-person instruction for the district this coming Monday.

Dr. Carter says teachers and staff alike have been waiting to see their students in-person again, and that includes himself.

Waste Water In Elizabethtown Is Ready For Ford [LISTEN] 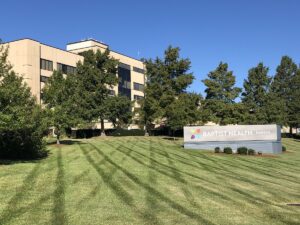